Simon Wright pulled off a stunning victory in the General Election of 2010 to seize the Norwich South seat for the Liberal Democrats from Charles Clarke by 310 votes. But five years later he finished in fourth place behind both the Conservatives and the Greens as Labour’s Clive Lewis regained the seat with a massive7654 majority.

Speaking exclusively to Runnorfolk over a post run coffee at Britannia Café, overlooking Norwich, he reveals how running helped him overcome the pain of defeat at the Ballot Box and how he is enjoying life in his role as chief executive of the charity Nelson’s Journey.

Runnorfolk (RN): Take us back to the start of running for you. Have you always run, or when did you get into it and how did that happen?

Simon Wright (SW): I started running seriously nearly 18 months ago by which I mean at an intense level of training. It was soon after the election. It was quite a difficult period for a number of reasons, not just political for me. I was looking for new things to do. I was looking for opportunities to explore new hobbies, to explore new ways of using my time and for being active.

Running was something that I only really dabbled with, with the occasional jog around London. I was quite good at when I was at school. I’d never really followed through.

It was also an opportunity to meet new people and engage in new social groups. Running although at its purest might seem a very individualist activity, in reality it’s a very sociable one. There is a fantastic community of runners across Norwich and the county. You see the same people out and about frequently, you get to know a lot of people.

I joined up with groups who were out running with Sweatshop, the running shop on Westlegate in Norwich.

It was an opportunity to engage in a regular routine with other runners of all abilities. The fact it was all abilities was again a big confidence boost to me coming into running to see that ability didn’t really matter.

It was just a case of enjoying what you were doing, enjoying the activity, enjoying meeting new people and doing something different.

RN: And what were you like in those early days when you first started?

SW: I was pretty awful! I was lagging at the back. For three or four weeks I guess I just went out for a few runs and started timing myself, just to give myself a bit of confidence really. It was at that point, when I had done a few local runs, looking at 3km/4km distances that gave me the confidence to go out with others, and know that I could manage those sorts of distances.

Having joined up with other runners, I realised that actually you don’t even really need to do that, you don’t need to worry about your own ability before you start to run with others, because it is such an inclusive activity.

This is a brilliant thing, I see it whenever I am out running, you do see not just all abilities but all ages. It’s probably the most inclusive physical activity that I think is out there.

Now I am out regularly racing and at the events I see people of all ages. I see people who are well into retirement or advancing years, outrunning 20/30 year olds.

That’s what I love about running. It’s a sociable activity and also very much a levelling activity.

RN: You said that after the election defeat, you had a lot of time on your hands. I guess that’s a traumatic thing to through. Has it been therapeutic?

SW: Yes definitely therapeutic benefits. When I took up running in that way, it was quite a low point in my life. People go through much more traumatic experiences in their day-to-day lives than losing an election, but nonetheless it’s quite a public way of losing your job, probably the most public way of sacking imaginable.

Although I think given the poll ratings for the Lib Dems in the run up to the election perhaps it was a defeat that was not surprising to a lot of people, personally it’s still very difficult to take, when you feel that you have given five years of your best to a job and that job is then taken away from you.

Of course, I was looking for something else to do. There were other issues in my life as well. I was also going through a relationship breakdown at the same time and I think that when you go through those low points you need to be curious about other opportunities that are out there, you need to stay active, and look for new things to do. For me running gave me a very positive outlet at a time when I needed it.

There is the rush, and meeting new people as well. I think the sociable benefits as well as the very clear physical ones, with the chemicals that go around your body and give you that high. It’s enormously stabilising and I think it can be very therapeutic. For me it’s certainly had very positive effects.

For me there are two things that came into my life when I needed them. One was professionally through Nelson’s Journey and the chance to take on a new role in a charity that had a very clear sense of purpose and was very positive in its outlook and doing great work for young people in very difficult circumstances.

Joining that organisation gave me a huge uplift. I think together with the running [that] helped me enormously.

RN: I should declare an interest here – if I undo my jacket I am wearing a Nelson’s Journey Run Norwich T Shirt

SW: Excellent! I didn’t see that earlier but I’m glad to see that now.

RN: I’ve done Run Norwich twice now, both times for Nelson’s Journey. Interesting this time when I was running, I was just coming up Castle Meadow, near the end, and I noticed when they had the pictures I’m just in front of Ed Balls – so there you go. I don’t know if that’s a good thing about my time, or a bad thing – I might need to do a bit more training..

SW: Actually Ed Balls might not look like a runner, but he got round in a reasonable time. I was quite impressed by that.

RN: He did! Do you miss the politics?

SW: No. I’m really passionate about what I am doing now, both with the charity and seeing a different way of life as well. Politics is an all-immersive world to be in. It was seven days a week, very long hours. I loved it, don’t get me wrong and it was an incredibly rewarding time of my life, but it was a finite period that I now feel it’s great to look back on but now I’m doing different things. I’m loving what I am doing now.

To have the opportunities to engage in running in a way that just wouldn’t have been possible when I was an MP has given me a better quality of life.

SW: Today I would stick with what I’ve got. I don’t think you can predict the future very easily..

SW: It does sound like a politicians answer, but it’s true and actually the world isn’t black and white, it’s grey and I think that you need to consider your future in that way. You are daft to say for certain that something may or may not come to pass because as your experiences change in life, your outlook changes in life, so does your view on where you want to take it next.

I can say categorically right now that that’s not a life I would want back tomorrow, but who knows in future whether that will change, but right now I’m doing exactly what I want to be doing, which is working for a fantastic, amazing charity that’s helping so many families in the county. And I’m enjoying my running immensely when I’m not doing that.

Still to come – In our next blog post, Simon talks about his favourite running routes in Norfolk and his future running ambitions. 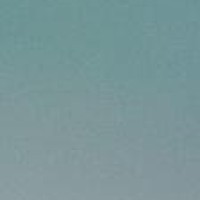